The story so far…

Children have a right to take part in and influence how adults plan and run services for them in the areas where they live and learn. Aberdeen City Council is supporting the engagement of children in the design, delivery and monitoring of services. The City is also looking to the long-term future and seeking to ensure that Aberdeen is not just a Child-Friendly City, but a Rights-Respecting City. The Imagineers have helped them on their way.

Imagining Aberdeen began in early 2016 with 300 children from Bramble Brae, Manor Park, Riverbank and Tullos Primary Schools. They imagined what we can do or change so that Aberdeen can be a city where children are healthy, happy and safe. At this stage, 20 children were nominated to become Imagineers. The children captured all the ideas and important messages from their schools by creating a large-scale mural and short film. They then met with duty-bearers from across the City to share their vision. The work informed the adult’s decision-making and influenced the City’s Integrated Children’s Services Plan.

The Imagineers continued sharing their important messages (see the lighthouse to the left) throughout 2018 by developing and delivering a workshop to over 100 professionals in the City. The aim of the workshops was for professionals, working across sectors such as Emergency Services, Culture, Play, Sports, Leisure, Housing and Health, to see the City through the eyes of children. Furthermore, with the children’s insight, the professionals were asked to consider their role in supporting the City to become a place where every child can flourish.

In 2019, the group of Imagineers expanded to include children from Airyhall, Danestone, Fernielea, Forehill and Greenbrae Primary Schools. At the heart of this year’s programme, Children’s Parliament are working with children to capture their ideas and dreams for Aberdeen. The Imagineers will connect with Aberdeen City Council’s plan for the future and throughout the year they will investigate four of the council’s main themes for children: mental health, early years and families, transition to adulthood and attainment. Adult duty-bearers from the City will be invited to meet and hear the results of the Imagineers’ investigations. The duty-bearers will then be given the opportunity to work with the children to explore how the issues and ideas raised through the investigations can be taken forward as actions.

The Imagineers work has been captured in their Imagineers Investigate magazine. To find out what’s important to children in Aberdeen and what adults need to do to ensure Aberdeen’s children flourish, read the report:

The Imagineer Investigators have been exploring themes as set out in the Local Outcome Improvement Plan 2019 for Aberdeen City Council. Discover the children’s views by downloading the poster PDFs below:

This leaflet describes the children’s key messages as developed during the Imagining Aberdeen Mural week 2016. Click the icons to learn more about each section.

Please click on the links below to view the Imagining Aberdeen (2016) Phase 1 Project Reports.

This leaflet describes the children’s key messages as developed during the Imagining Aberdeen Mural week 2016. 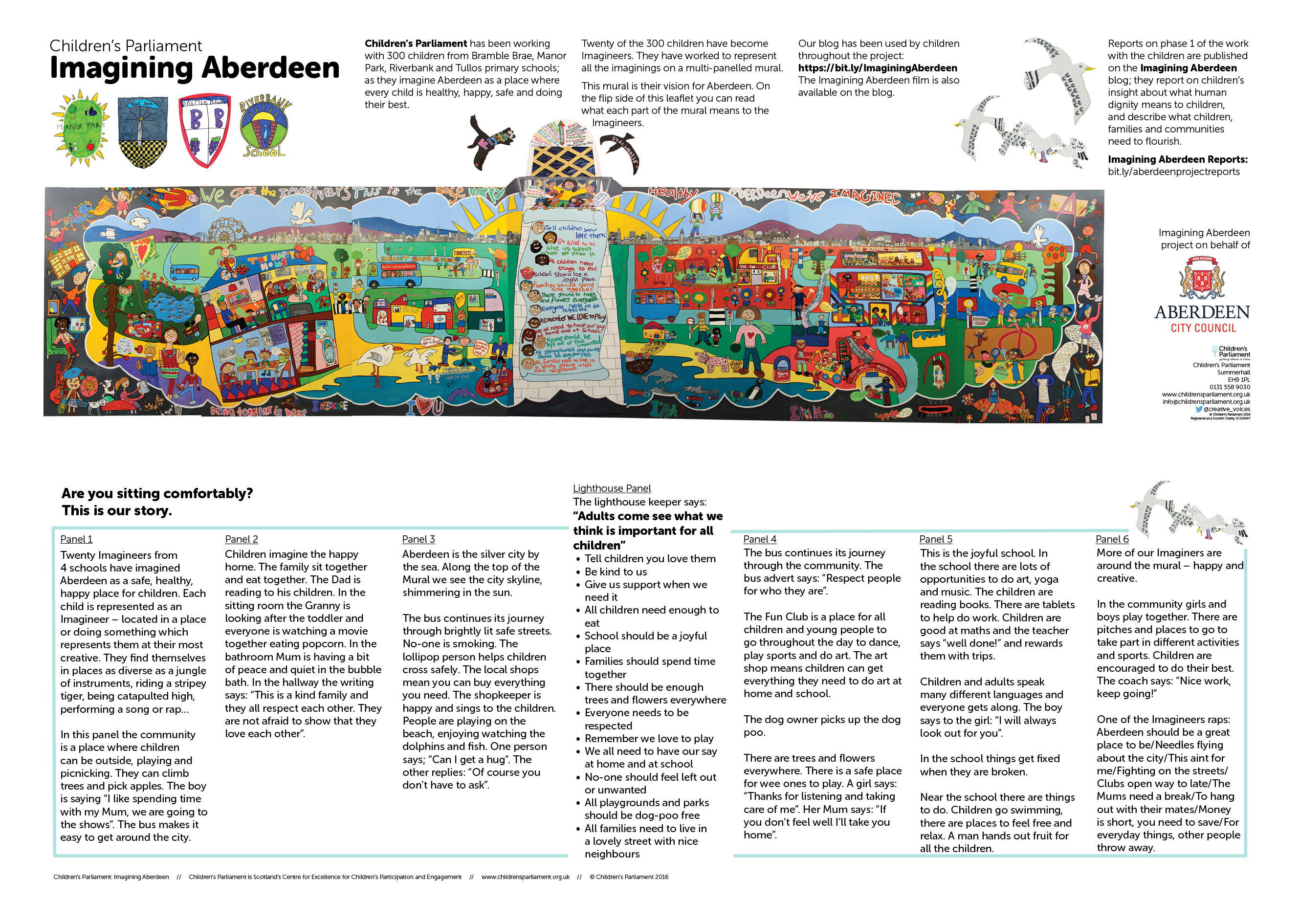 The Imagineers thought about kindness and produced this poster to encourage kinder communities in Scotland.

The Imagineers thought about their lives at school: what is going well, what’s not going so well, where they feel they can get support if they have a question or worry, and how to make school better for everybody. We have produced the following poster reports to share their ideas with you. 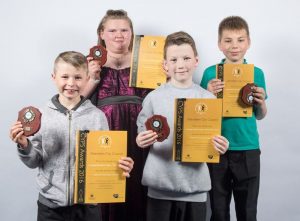