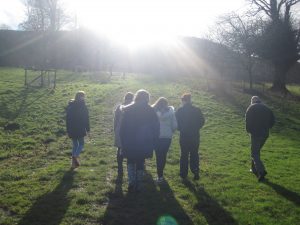 In some ways, Scotland can be one of the best places in the world to grow up. On a recent camping trip to the Highlands I was basking in the sunshine, exhausted after a day of climbing. I was watching children around me play on the grass. Two young toddlers – one Italian and one Scottish – were taking it, in turn, to throw a ball to a scruffy dog. They didn’t speak the same language, but they understood each other’s smiles and laughter and were quickly becoming good friends. The dog’s owners – two older Dutch children – were happy to see their dog entertained as they helped their mum with the BBQ. Another Scottish family arrived, making the most of a sunny bank holiday weekend to take their little girl on her first camping trip. A couple of German teenagers walked past, the older brother testing his younger brother’s English. A Welsh child was quizzing his dad on whether Snowden was higher than Ben Nevis. From where I lay, I could see families from Scotland, Wales, across Europe and beyond, laughing and limping their way around the campsite after spending a rare sunny Spring day climbing Ben Nevis. This was a day of firsts for so many of the children around me – the first time they’d been camping, the first time they’d climbed a mountain, the first time they’d spoken English, the first time they’d played with a dog. This was Scotland at its best and I was proud.

And yet it made me reflect – how can Scotland be the best place to grow up when it is a country that justifies the assault of its children? How can our politicians talk about ‘making children’s rights real’ unless they are willing to support a change in the law to give children the same protection from violence that adults already enjoy? Whilst the children around me would remember the happy sunny evening in Glen Nevis, there would be other children across Scotland who would remember this day as the one when they were hit by their mum for not listening, hit by their dad for playing in the road, hit by their uncle for answering back. 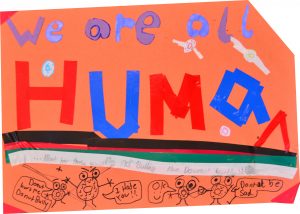 There is increasing international evidence that physical punishment has the potential to damage children and risks escalating into physical abuse. It does not improve a child’s behaviour. Almost all European countries have put laws in place that protect children from all forms of physical punishment, abuse and violence. The children playing around me – from Italy, the Netherlands and Germany – all have the same protection from violence as their parents. For the Welsh child, his government has indicated that it will introduce legislation next year. Yet children living in Scotland are still left unprotected and exposed.

There is widespread support across Scotland for a change in the law, and John Finnie’s consultation is a way of making this happen. Our #Unfeartie voices have the power to make real change for children. This can be an #Unfeartie first: the first time we work together as #Unfearties, let us, every single one of us, respond to the consultation. The first time as #Unfearties we ask our friends, colleagues and neighbours to join in. Our first #Unfeartie message: all children have the right to be protected from all forms of violence, all of the time. Only then can we seriously talk about an ambition of making Scotland one of the best places to grow up.

Responses to John Finnie’s Bill on Equal Protection can be submitted up to 4th August 2017, to respond please visit:
www.smartsurvey.co.uk/s/ChildrenEqualProtectionAssault/

To hear from John Finnie about the proposed Bill, please visit:
www.parliament.scot/parliamentarybusiness/Bills/104602.aspx

To read more from Together regarding the proposed Bill, please visit:
togetherscotland.org.uk/news-and-events/news/detail/?news=1450