Hi, we are Elisha, Ben and Mackenzie! We are MCPs, or Members of Children’s Parliament.

At the end of October, we travelled to Opatija, Croatia (it’s here!) with the Scottish Youth Parliament and Together to present at the 2018 Eurochild Conference about the Joint Scottish Cabinet Meeting with children and young people, that we’d taken part in earlier this year. 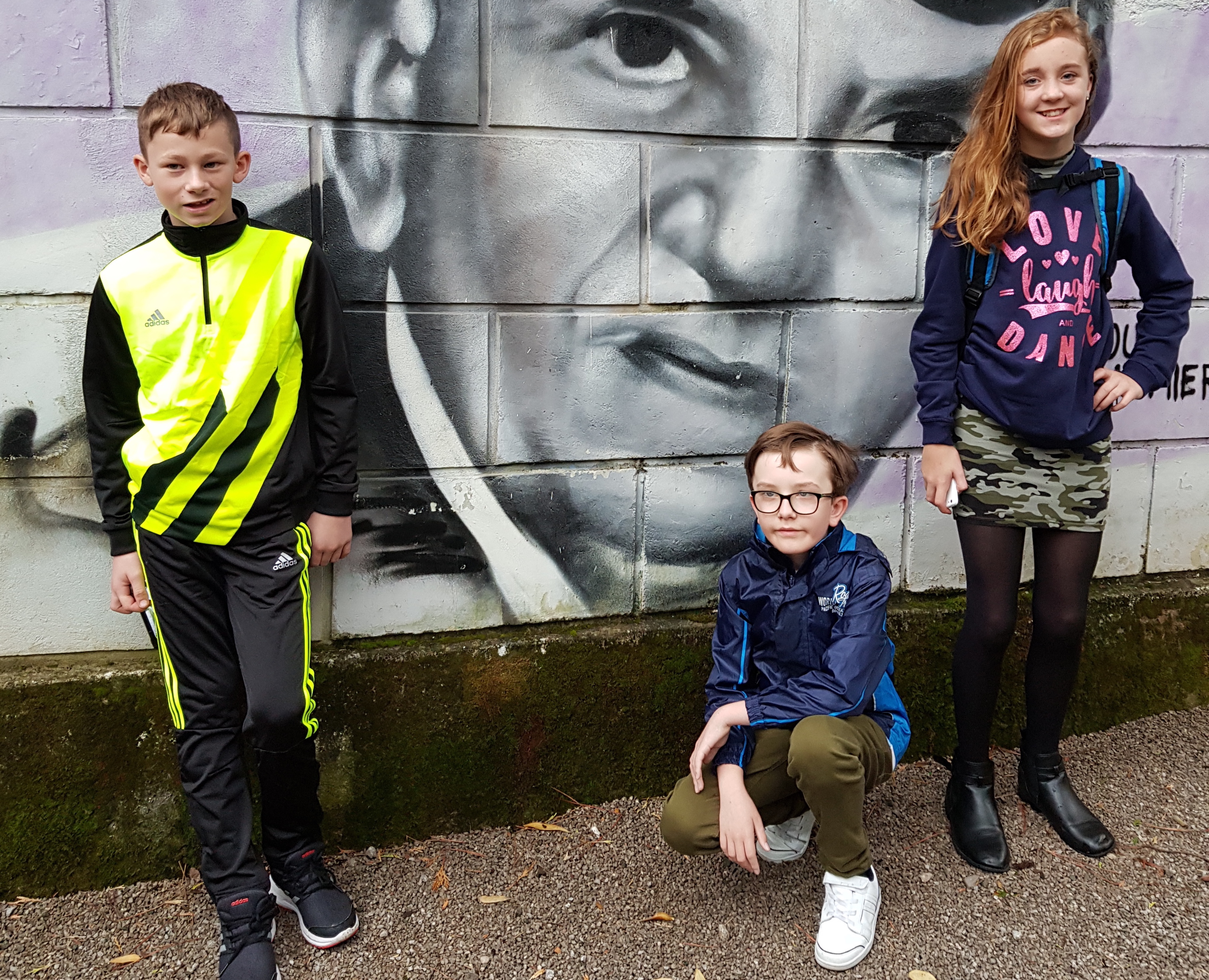 Our journey out started off with a cancelled train from Fife to Edinburgh – not the smooth start we were hoping for! Luckily, we were able to get a taxi all the way to the airport where we had plenty of time to get checked in and have breakfast before our flight to Paris. It was the first time some of us had been on a plane, so we were a bit nervous, but the flight was okay. The plane’s Captain even made an announcement that Members of Children’s Parliament were on the plane and wished us good luck at the conference!

When we landed in Paris, we had to rush to the next flight to get to Zagreb, so we didn’t get to see the Eiffel tower (next time, maybe!). Once we got to Zagreb, we had to wait a bit because there was a lot of people coming from all over Europe to get on the shuttle bus to the hotel in Opatija. The bus trip was kinda long and boring and crazy because it kept changing from heavy rain to thunder and lightning to thick fog. Then we went to the hotel and checked in and Elisha met her French roommate and new friend, Noelie. It had been a long day, so then we just went to bed and slept.

In the morning, we woke up and got dressed then went sightseeing around the city, which was cool but it was still a bit rainy outside. We saw statues in a park called “Park Angiolina” and we also saw graffiti murals of famous people on the open air theatre grounds. Then we walked on the sea front and saw the Maiden with a seagull statue, which is really famous in Opatija and afterwards went spending our kuna (Croatian money) at souvenir shops. We tried some lemonades, but they weren’t the kind we were used to – they were very sour and had real bits of lemon floating in them! We didn’t really like them, but we are trying to be open to new things!

After lunch, we checked in for the start of the conference and we had to wear headphones to translate some of the speeches from Croatian into English. The people we heard from were: Fahima and Tymon, two nominees for the Children’s Peace Prize; Petra, the Children’s Mayor of Opatija; the Mayor of Opatija; Princess Laurentien of The Netherlands; and two videos from the President of Croatia and the President of Malta. We really liked hearing the young people speak about their experiences in their countries and about what they were doing to make sure children’s voices are heard too! It was amazing how they are making such big things happen for the children in their countries and speaking at a huge conference when they are still teenagers.

After the speeches, we met up with Jack and Jack, two Members of the Scottish Youth Parliament (MSYPs), Rosy from SYP, and Maria from Together, and we all had dinner together (and coloured on the placemats – which was allowed!) Then we had to do some final planning for our workshops the next day before bed. We listened to music while we worked and then we went to bed- it had been a busy day!

The next day started with a study visit to Viktora Cara Emina Primary School in Mošćenička Draga, a small fishing village near Opatija. The school was really nice and interesting, and it was fun to learn about how Croatian schools are similar but also different to Scottish schools – children don’t start school until 6 or 7 there! Some of the younger children put on a puppet show and sang a song about fishing, and then they showed us how to mend fishing nets. We also got to visit a local museum about the history of fishing and tourism in the town.

In the afternoon, we delivered two workshops about the Cabinet Meeting with children and young people. There were about 40 people in the first session and 20 people in the second. We were a bit nervous about presenting, but we think it went really well anyway. We talked about what happened at the Cabinet Meeting and the issues we raised, what we might change to make it better, and what’s happened since the meeting. It didn’t sound like many other countries had meetings like this and people seemed really inspired by our presentation.

Following our workshops, we were EXHAUSTED, so we went back to the hotel for a rest and time to play. The hotel had an amazing pool, so we had a quick splash before dinner. Dinner was in a very fancy ballroom and everyone who had attended the conference was there and the desserts were yummy. After dinner, some Croatian dancers performed and it was really fun. Elisha also got to speak with Fahima and give her a wee gift from Scotland for being such a good example of a Human Rights Defender!

We got up really early to get on the shuttle back to Zagreb Airport. Once we were there, we had lunch and spent the last of our kuna before flying to London. During our stop in London, we had a mini-Halloween celebration and got a bit giggly. Then it was the final leg of the journey back home to Scotland. By the time we got home, we were super tired, but also really happy and proud!

Thanks for reading about what we have been doing to make sure Scotland’s children’s voices are heard all across Europe!

To learn more about the joint workshops delivered by Scottish Youth Parliament, Together and Children’s Parliament find the leaflet here – SYP-CP-Together Workshop Leaflet.

We are proud of Scotland for demonstrating its commitment to progressing children’s rights and for ensuring that children and young people have a strategic opportunity to raise issues and concerns directly with our country’s leading decision-makers. Congratulations to the MCPs and MSYPs for their contributions at the Cabinet Meetings so far (2017 & 2018); their input at these meetings has had a real impact on Scotland’s journey towards being a nation that respects children and young people’s right to participate, shaping the social and political landscape of the country.