‘This is what effective participation looks like. This is what we’re trying to get governments to understand and to do.’
– Amal Al-Doseri, Vice-Chair, United Nations Committee on the Rights of the Child

‘We are all so grateful for the opportunity [our daughter] had here. Chance of a lifetime and an experience that has and will impact her life in so many positive ways.’
– Parent

Under the Same Sky

The Under the Same Sky Constellation film as shown as part of UN Day of General Discussion 2016.

The film below explores the children’s experience of the day and highlights the importance of children’s participation in such events.

An online newspaper was created to document the project and share the children’s input beyond the UN Day of General Discussion 2016. Download a printable and online version below:

These quotes are taken from some of the comments we received from delegates attending the UN Day of General Discussion 2016:

‘This is genuine participation’

‘When will governments realise this is what we’re looking for?’

‘The children truly own this. It’s wonderful’

‘What you have brought to us today is truly inspiring’

‘What you’re doing here is outstanding’ 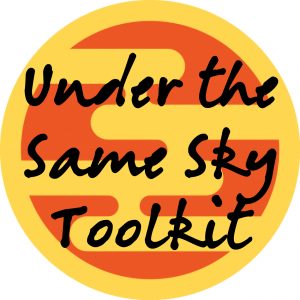 Project delivered in partnership with: