“That was a great day! I enjoyed meeting everyone at the National Sitting and sharing my artwork.”
– MCP, age 11

Children’s Parliament held its second annual National Sitting at Albert Halls in Stirling. The theme of 2016’s sitting was active lives and the Active Children mural was unveiled for the first time.

This event brought Members of Children’s Parliament (MCPs) from Edinburgh, Angus, Falkirk, East Dunbartonshire and Highland together with key decision makers from Scottish Government, NHS, local authorities and universities. At the National Sitting, the children and adults viewed the Active Children mural, had discussions about what helps and what gets in the way of children leading active lives, and took part in a series of physical activities and games.

Hear from the children as they discuss enjoyment and coaches, supportive adults, football, phones, safe places to play, resources and the benefit of leading active lives. 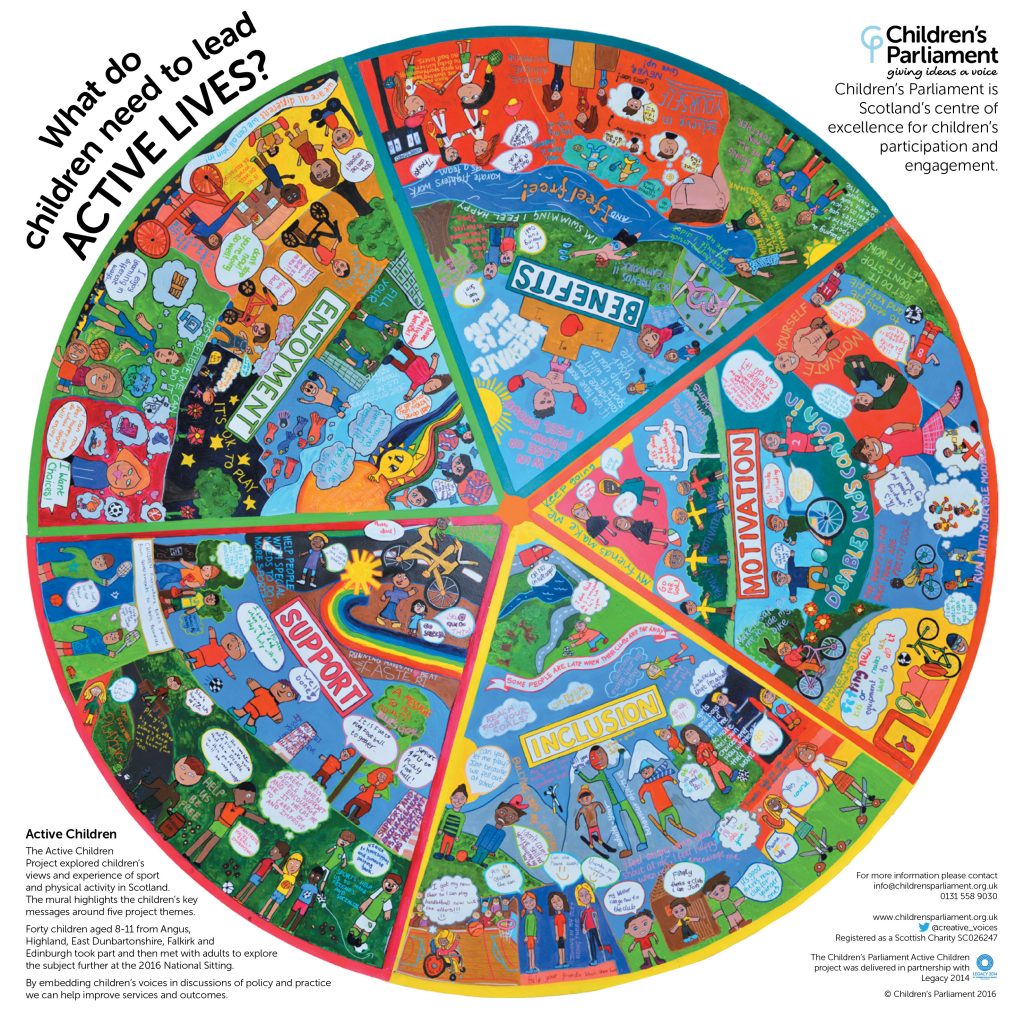